Influencer marketing: the biggest FAILURES in 2018

If an influencer marketing campaign typically has an attractive or even stratospheric ROI, a poorly executed operation can also turn into a massive failure. Here is a panorama of the biggest failures in 2018, just to help you … Not to reproduce them!

Logan Paul gets a big head and loses the plot.

This is probably the biggest failure of the year by an influencer, or at least the most publicized, and it started on January 1, 2018. One of the biggest influencers in the world on YouTube, Logan Paul, published a video of his trip to Japan. You know the rest: he wanders through the so called suicide forest and discovers a corpse. Faced with the controversy, YouTube removed the video but the damage was done: there had already been 6 million views and the scandal was on everyone’s lips.

What the connection, I hear you asking? For sure, it wasn’t a promotional video in partnership with a brand. But users were quick to point to the YouTuber’s partnerships with brands like Walmart and Dunkin Donuts. The latter had to announce the end of any collaboration with Logan Paul. A year earlier, it was Disney that had to interrupt a long-term partnership with the gaming YouTuber PewDiePie, after he made anti-Semitic remarks.

More than ever, brands must increase their vigilance with regard to the profiles they collaborate with, especially when it comes to mega-influencers where the slightest slip can take on uncontrollable proportions.

It would be wrong to believe that brands were the only victims of influencer marketing slip-ups. In May 2018, boxer Mayweather and artist DJ Khaled promoted the launch of a new cryptocurrency, Centra Tech, via repeated posts on Instagram and Twitter. As has often happened with cryptocurrencies, the offer was actually a scam and thousands of investors fall into the trap. TMZ revealed that the two mega-influencers faced last October a lawsuit by investors, who claimed to have been deceived by the the two stars recommendations.

Snapchat sues an influencer for services not rendered on… Instagram!

Hold on tight, the story is worth its weight in peanuts. It should have been kept secret, but it was made public as soon as it was brought to court by PR Consulting . It accused Luka Sabbat of not having honoured a contract for their client Snapchat. According to the deal, Sabbat had to wear their Spectacles glasses during the Paris Fashion Week, and then appear in 4 publications on Instagram, in exchange for a payment by Snapchat of 60 000 dollars. Snapchat even paid $ 45,000 in advance.

The problem: Sabbat didn’t honour his contract and didn’t publish any photos with Snapchat’s product, which is why the agency that negotiated the deal turned against their unreliable influencer. It’s worth noting that Snapchat had chosen to carry out an influencer campaign on Instagram, its main competitor!…

Did Emma Cakecup (1.5 million subscribers) and her partner Oltean Vlad (1.2 million) abuse their fans’ trust? Both influencers are suspected of having posted pictures of themselves, especially in Instagram stories, with products such as watches or ab toners. Everything was accompanied by discount codes.

The problem: the publications redirected to unscrupulous commercial sites, which sold products available for seventy times cheaper on Amazon. Even worse, some orders were never honoured, and the sites have since disappeared. A genuine scam. Both influencers are suspected by French media BFM of having received several thousand euros for these poisoned recommendations. Unscrupulous practices that show that some influencers definitely don’t deserve their influence.

Those scandals have made headlines and are indicative of dubious practices that endanger the entire industry. More than ever, the sector must continue to mature, and advertisers should approach experienced specialized intermediaries,to avoid the pitfalls inherent in the practice of this new segment of online marketing! 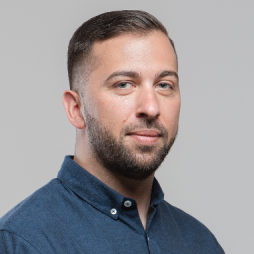 What’s the difference between earned, paid and owned media?

Types of Technologies and Sites Used In Online and Social...

Receive the best blog news by email. 100% guaranteed without spam.

Please provide a valid email address.
Thank you, your sign-up request was successful!